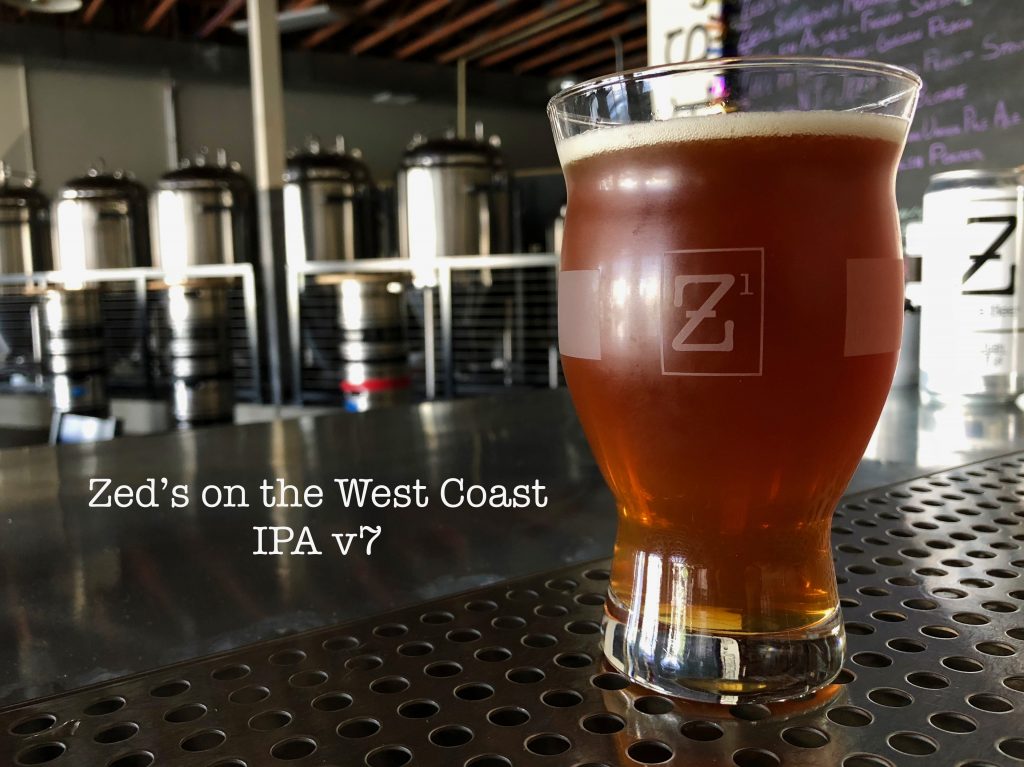 Zed’s on the West Coast—Volume 7 is releasing today at 4PM!  This version of our West Coast IPA continues the tradition of keeping the malt bill static while completely changing the hop profile.  This version utilized mostly Magnum and Simcoe during the boil for a strong spicy base.  We then dry hopped with 8 pounds of Jaryllo (Pro-nounced Yar-I-Lo), to pull out a bit of a pear note.

The process works!  You did it!  Your voice was heard!

A Big thank you goes out to everyone who wrote letters, called and signed the petition regarding the Special Ruling issued last week.  I firmly believe that it was your efforts and the more than 28,000 people who signed the petition that forced the Director to temporarily remove the ruling.  I cannot say thank you enough.  We will need your help down the road, though.

For while I am extremely pleased that the Ruling was temporarily removed, the language used by Director Rible clearly indicates his position.  Please read it for yourself, but I believe that his interpretation of legislation passed long before he was in the position is in direct contrast to the actual words, not to mention the spirit of the legislation.  Here is an example included in the press release (emphasis is mine): “The Legislature never intended the limited licenses to give craft breweries the same privileges of a consumption venue, such as a sports bar or restaurant.”  The argument is a false equivalency.

Look at the two words I’ve highlighted.  “Never Intended” indicates that Director Rible has a thorough and complete understanding of the rationale behind the legislation change a few years ago.  I admit that I wasn’t there, but in reading the legislation as written I see nothing that indicates to me that the legislators cared about how the Beer Scene in New Jersey improved, only that it would improve.  By using the words “never intended,” Director Rible seems to mean that the primary reason for the legislation was to create large package Breweries that would make cans, bottles and kegs to be placed into restaurants and liquor stores.  This is a very myopic view of the legislation.  Does the legislation permit limited retail?  Yes.  And we already have strict limits on sizes, amounts we can sell, definition on tasting, Crowlers and the like.  Limited Retail should not mean limited marketing.

The word “privileges” is also troublesome as it indicates that the Director believes that sports bars and restaurants have some sort of exclusivity on the way that they attract customers to their brand.  I’ve read the 85 page manual issued by the ABC and no where in it does it describe how an establishment is allowed to attract customers.  Local municipalities rules and regulations are mentioned, but the handbook does not grant specific branding or marketing privileges to sports bars and restaurants.

The real problem in New Jersey is the antiquated way that Plenary (Liquor) licenses are handled.  I’ll give you my take on that issue in a subsequent posting.

We’re back to regular hours!

Zed’s on the West Coast—IPA v7